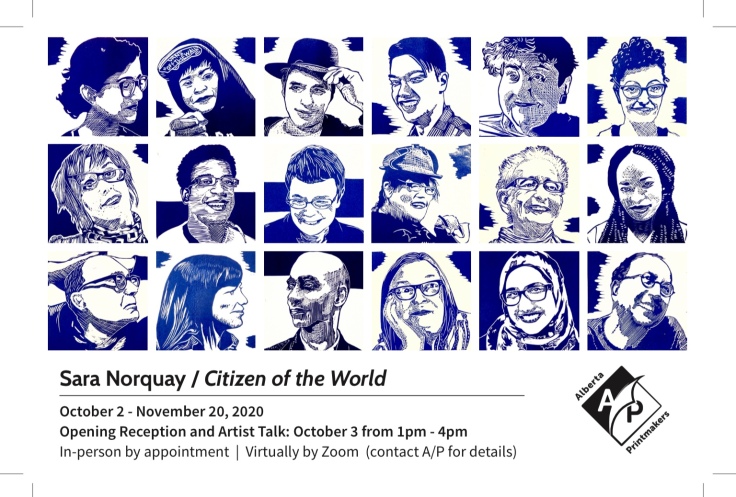 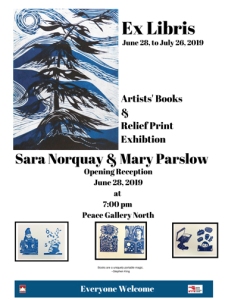 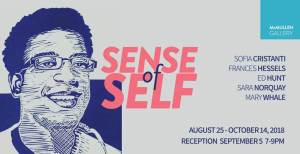 ReOpening The Book,
Elverhoj Gallery, Solvang, California
February 3 to April 29, 2018
I showed “Your Exquisite Corpse” and “Travelogues” in this exhibition. 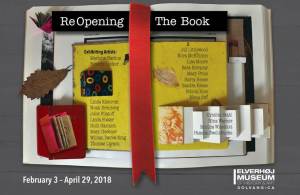 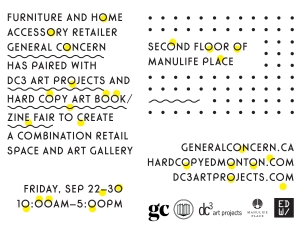 The Story So Far: an exhibition of artists’ books
SNAP Gallery, Edmonton, AB
September 22 to November 4, 2017 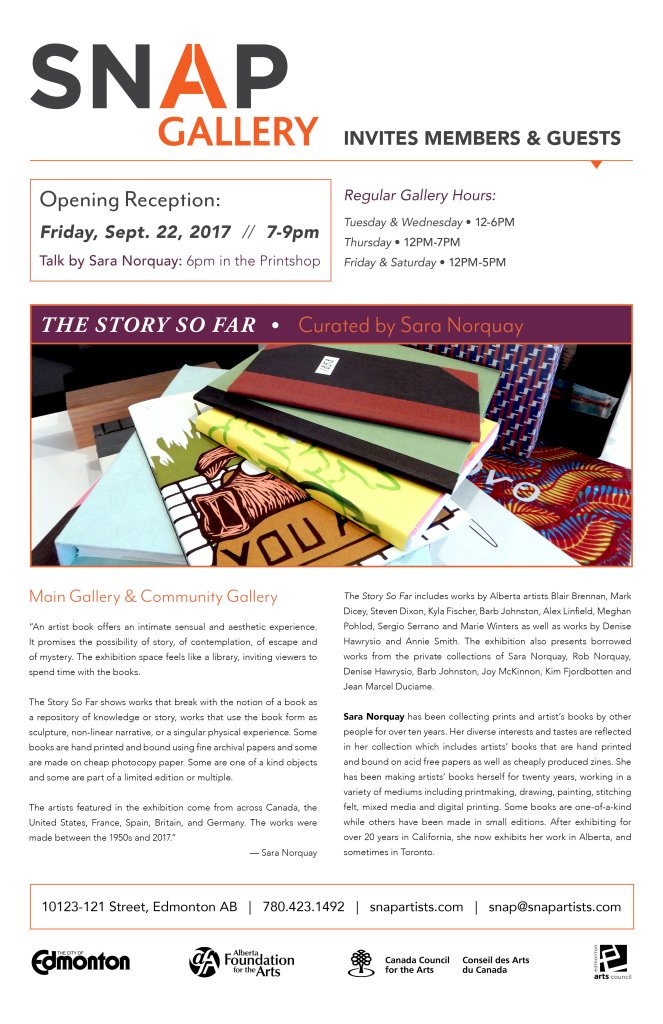 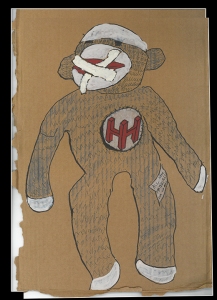 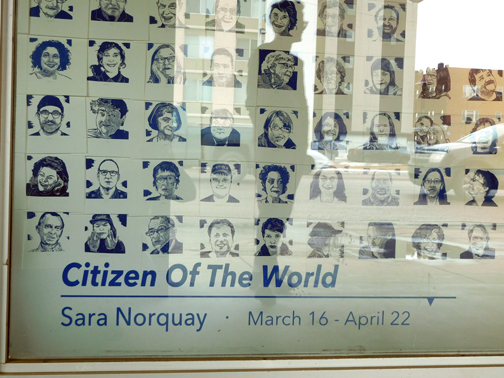 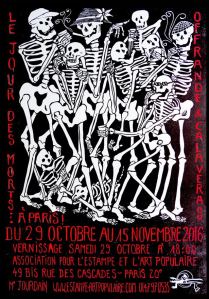 #ABCraft
Alberta Craft Council, Edmonton, AB
April 2 to July 2, 2016
Fine craft and digital technology can seem like an unlikely or contradictory pairing. The incorporation of digital technology into fine craft challenges us with questions of where it is produced, the level of skill required to create it and the degree that it is made by hand. Yet fine craft has a long tradition of innovation and the integration of this new technology is no exception. 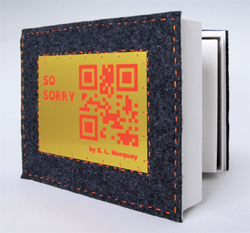 Printfluence
Alberta Foundation for the Arts Traveling Exhibition Program
September 2014 to August 2015
In the exhibition, Printfluence, four Alberta artists from diverse formal backgrounds explore the boundaries of woodblock printing. Andrea Itzeck is primarily a jeweler, Brenda Malkinson is known for creating architectural sculptures in coloured glass, Sara Norquay is a book artist and textiles artist and Tadeusz Warszynski became a painter after first becoming an accomplished musician. All four, however, have turned their attention to the ancient art of reductive colour woodblock printing for this exhibition.

Elemental
Architectural Foundation of Santa Barbara, California
September 5 to October 10, 2014
An exhibition of woodcuts by Sara Norquay and Sara Woodburn

There is a circular nature to teaching, that sparks creativity for both instructors and their students. Featuring 35 ACC members Continuum is an exhibition exploring the creative exchange of teaching and learning. 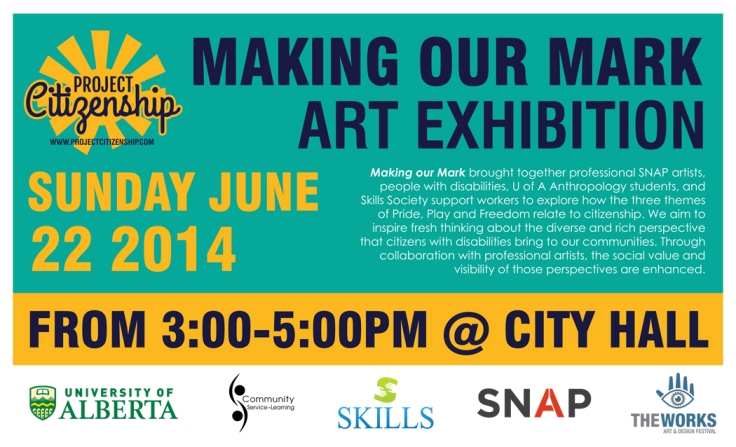 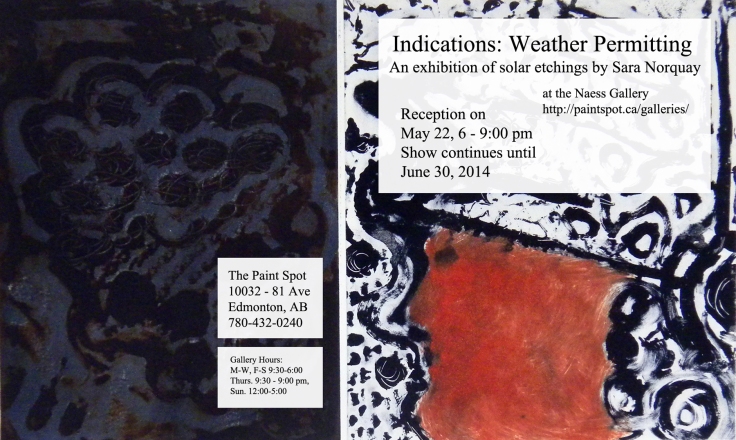 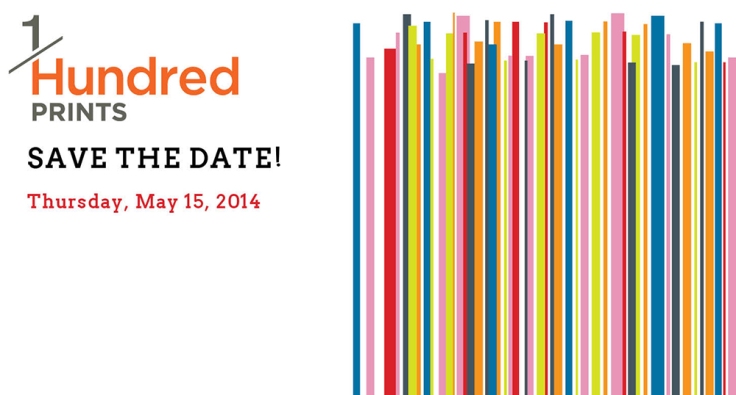 Art of the Book 5
Exhibition of artist books in Ventura, California.
March 2014 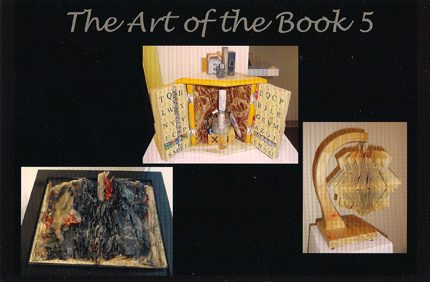 Hanji
An exhibition of art made in part or completely from Korean Hanji paper at the Alberta Craft Council, Edmonton, AB
January 2014

PulpPaperPages
Alberta Craft Council, Edmonton, AB
February 2012, July 2013, September 2013
Ms. Nomer One was accepted into this exhibition and won an award. Check out the website: http://www.albertacraft.ab.ca/pulp-paper-pages/single-gallery/19229696
The exhibition went to Calgary and Wonju, South Korea. 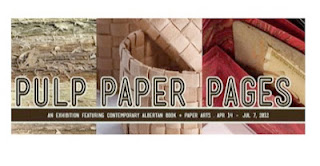 Under The Influence
SNAP Community Gallery, Edmonton, AB
October 2012
This exhibition featured four woodcut artists and was picked up by TREX (an Alberta Government traveling exhibition program) and will tour Alberta from September 2014 to August 2016. 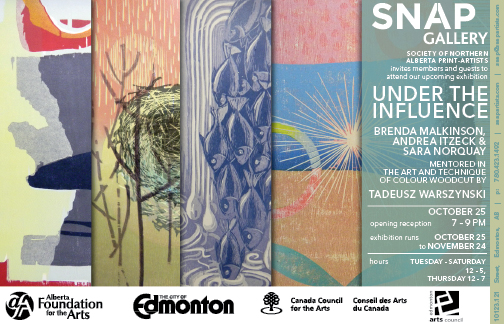